Memorial Day weekend is right around the corner, which means we are getting ready to celebrate a 3-day weekend with outdoor barbecues, picnics, and parades. We all know that Memorial Day means that summer is approaching, but do you know everything there is to know about the origins of the holiday.

It was President Lyndon B. Johnson who set out to sign a law that federally recognized all legal American holidays. The bill was called the Uniform Monday Holiday Law, and it set the official date of Memorial Day as the last Monday in May, which gives us the three-day weekend that we all get to enjoy today. Many veterans have tried to change the date to May 30th over the last couple of decades, so as to make Americans recognize Memorial Day for its purpose of giving reflection time for our veterans, and less about a day that allows us to celebrate a transition into summer.

2. The “National Moment of Remembrance” is 3 in the Afternoon

In 2000, President Bill Clinton established a law that officially made 3pm the required time for all Americans to take a break from their summer celebrations, to reflect on the sacrifices our war veterans have made for us. At this time, most television and radio stations will play the song “Taps”, which a bugle song that was played by Union General Daniel Butterfield during the Civil War, to honor the fallen soldiers. 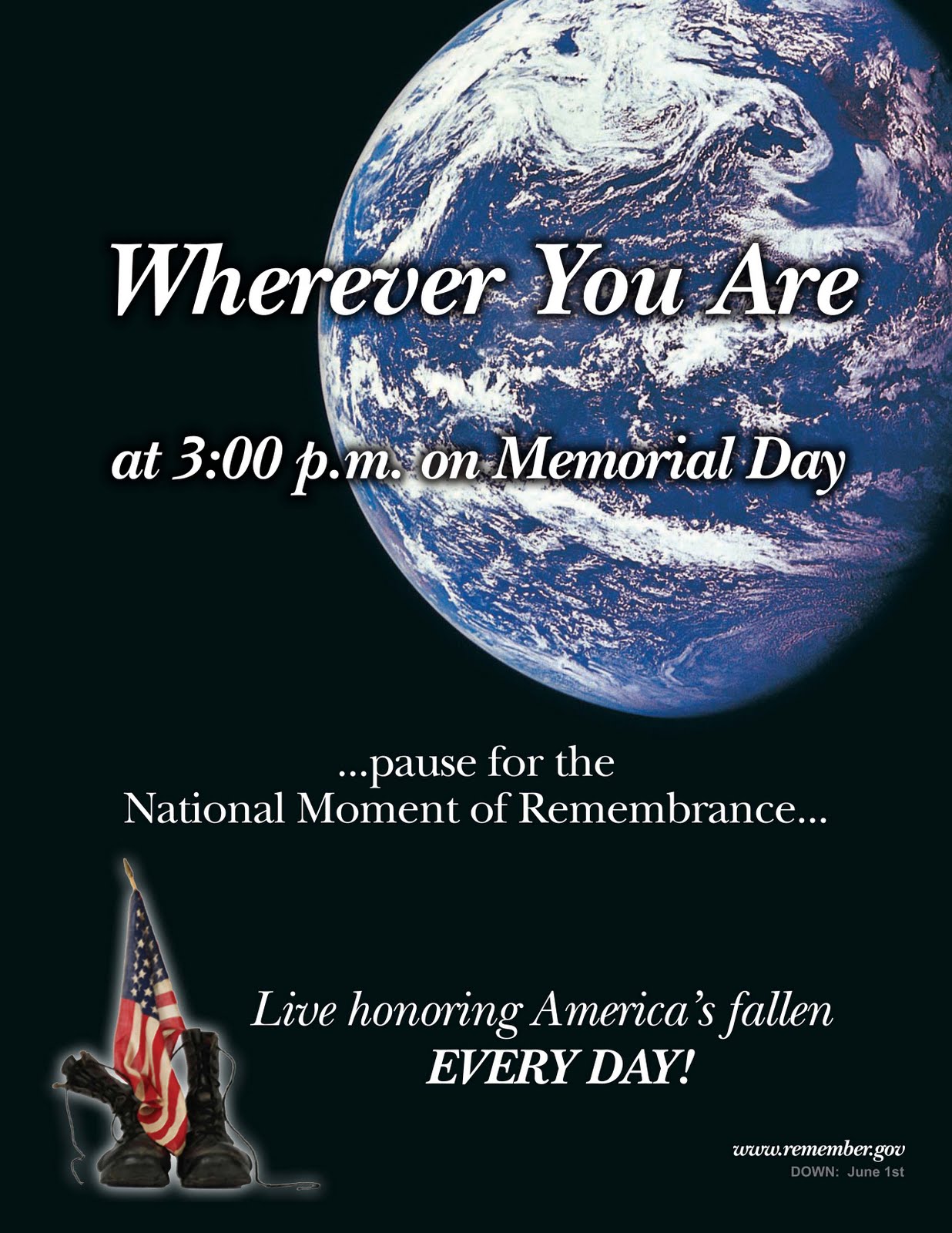 3. The holiday was once called “Decoration Day”

While it was not considered an official holiday until President LBJ’s administration made it so, Memorial Day was still celebrated by most Americans as “Decoration Day” since 1865, when James Redpath (a northern abolitionist) began the tradition of honoring fallen Union soldiers by decorating their graves with flowers.

4. It is a tradition to wear “Buddy Poppy” flower on Memorial Day

This tradition was inspired by a famous poem entitled “In Flanders Fields“, written by Canadian Lt. Col. John McCrae during Word War I. McCrae was a surgeon, and lost a student during the Second Battle of Ypres, which led him to write the poem. The “Buddy Poppy” tradition specifically comes from one line in the poem: “In Flanders fields the poppies blow, between the crosses, row on row”.

While there is debate over what town first started to celebrate Memorial Day, the federal government recognized Waterloo, New York as the place of origin in 1966. The town holds the Memorial Day Parade every year to carry on its title as the “Birthplace of Memorial Day”.

This site uses Akismet to reduce spam. Learn how your comment data is processed.